What You Need to Know About the Chip Shortage 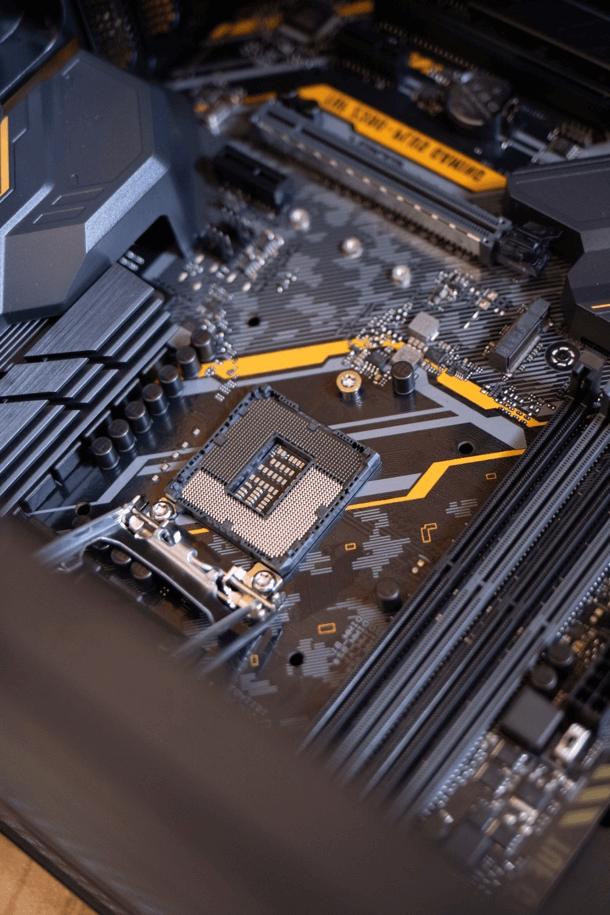 The global chip shortage has shocked many companies and consumers in the United States since the beginning of 2021. Semiconductors are found in a wide range of devices, including phones, cars, industrial equipment, and virtually every digital device.

The options for resolving this problem in the United States are extremely limited. This is because domestic chip production has been steadily declining for decades as reliance on other countries has increased. The CHIPS for America Act is currently being contemplated because of this issue. Of course, this necessitates funding, and a lot of it! This congressional act will invest more than $50 billion in domestic semiconductor development in the hopes that if a future incident like this occurs, we will not be as alarmed. The reliance on outside manufacturers, especially by American car manufacturers, has proven to be risky.

The impact the chip shortage has on your car!

This shortage has had a significant impact on vehicle production. Imagine a brand-new BMW without a touch-screen display. What about a Nissan in 2022 that doesn’t have a basic navigation system? Keep in mind that we live in the technological age, and while some may be thinking about how spoiled technology has made us, the industry standard for today’s new vehicles is heavily technologically dense.

When it comes to receiving chips, these automakers are not given priority. Companies that make smartphones, cloud infrastructure, and other digital device applications are at the front of the line. As a result, these automakers will have to wait a long time before they can have brand new vehicles ready to roll off the assembly lines. If you’re looking for a brand-new car, you might want to wait until the second wave of 2022, otherwise you might end up paying more or settling for less.

The demand for chips puts lives at risk

The pandemic is to blame for the current chip shortage. While there have been several factors that have had an impact, COVID-19 has harmed many manufacturers and the supply chain of our dependent goods. Many countries have pressed suppliers to increase production of these chips because their supply chains demand it, and they continue to do so. However, it is important to sympathize with other countries that rely on manufacturing for their economy, because the pressure and temptation to increase production during a pandemic is both dangerous for workers and highly incentivizing for the economy.

This risk has been incurred by some chip manufacturing facilities. Even though we are in the midst of a global pandemic, some manufacturing companies have decided not to shut down. Although COVID-19 has killed workers, some facilities continue to operate. STMicroelectronics NV’s facility in Malaysia, for example, remained open during the Delta variant’s spread, resulting in around 20 workers being killed by COVID-19. The surge in demand for these chips, as well as the pressure to keep the economy running during the pandemic At least one in every 210 people at the plant has died, compared to one in every 1100 across the country. During the height of the pandemic, Prime Minister Muhyiddin Yassin said he would not impose a complete lockdown because it would have negative economic consequences. Thousands of infection cases were reported every day following the spread of the Delta variant, and the administration was unable to place restrictions or act quickly enough. As a result, the prime minister and his cabinet resigned.

The chip shortage has had a significant impact on our awareness of our reliance on other countries. The shortage has caused numerous supply chain issues and economic downturns across the United States and other countries. The increased pressure on those who make these chips, combined with the economic situation in their country, has created an opportunity to exploit their workers for profit. The automobile industry is suffering as demand for new vehicles rises while supply remains scarce. The cost of your new car is increasing as a result of basic economics. With the chip shortage wreaking havoc around the world, we should have seen the worst of it by now. We can expect American automakers to develop decentralized production solutions as new initiatives are launched to reduce the likelihood of this happening in the future. Are you looking forward to your next vehicle’s new technology? You can now appreciate it even more!

How To Prevent Catalytic Converter Theft

How To Use Free Converter Price Guide