The Economic And Financial Benefits Of Auto Recycling 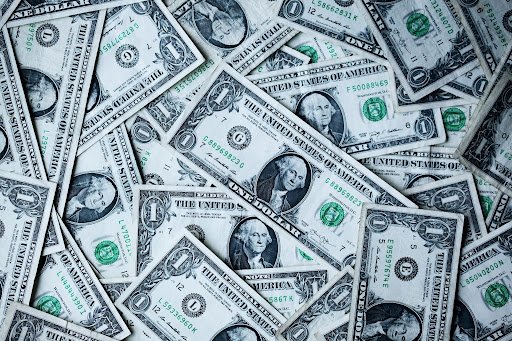 Aside from its environmental impact, the automobile recycling industry brings in about $25 billion in revenue to the United States each year. Looking ahead, IMARC Group predicts that the market will increase at a compound annual growth rate of 5.1 percent between 2021 and 2026. Along with the environmental importance of automotive recycling, there are significant economic and financial benefits for those who participate.

Auto recycling is a standard procedure in advanced economies and is growing more popular in developing countries. With increased concerns regarding global warming, countries are implementing a variety of pollution-reduction strategies, including auto recycling. Metals such as steel, aluminum, palladium, platinum, zinc, cobalt, and tin, as well as plastic, carbon fiber, rubber, and glass, are used in today’s automobiles. Steel accounts for the majority of a vehicle’s body weight, and more than 18 million tons of steel are melted down and reused each year within the US. Steel is a resource that may be recycled endlessly! It never loses strength regardless of how many times it is recycled, because mining emits around 80 percent more carbon, recycling steel is better for the environment. Every year, the United States and Canada recycle enough steel to manufacture approximately 13 million new vehicles. The following are the top four nations in the car recycling industry:

Vehicle recycling has decreased as a result of fewer people purchasing vehicles. Rapid urbanization and increased environmental consciousness are two of the primary factors for a reduced need for cars. In addition, the community is changing, with younger generations less interested in driving. For Gen Z, a vehicle is simply a means of transportation, however for Baby Boomers of the same age, owning a car and obtaining a driver’s license was a matter of self expression and pride, as well as a social status symbol and rite of passage.

Germany is one of the leading countries in the recycling process, owing to the fact that it is also a major automobile maker, home to some of the most well-known brands such as Mercedes, BMW, and Audi. One out of every fifteen automobiles sold globally is manufactured in Germany, and one out of every twenty vehicles registered globally is registered in Germany. The ordinary German driver is notorious for often changing automobiles every few years, resulting in a large number of exported old vehicles, as well as recycled vehicles.

We can view some statistics from 2017 that show that over 3 million vehicles were recycled that year. However, when compared to the overall number of automobiles in that country, which exceeds 300 million, that figure is quite low. The main reason for this is that the average Chinese person would rather sell their used car in whatever state it is in, as a vehicle that might still be utilized on the road, than scrap it because he will get a better price. China’s government will have to devise a strategy for increasing recycling rates.

A Japanese person will typically drive their vehicle for about ten years, and it is common for people to drive cars for much longer. As a result, their real recycling percentage is quite high. This country today has superior recycling methods that cause less environmental damage. With the new trend and popularity of Electric Vehicles, the Japanese people became especially driven to recycle old vehicles, mostly from the 1960s and 1970s. Japan is one of the leading countries when it comes to encouraging its citizens to use battery-powered automobiles, which are far more efficient and clean, emitting no CO2.

Over 25 million tons of material is recycled from old vehicles worldwide every year. With this much material, the job opportunities are enormous. Auto recycling employs around 140,000 people in the United States, with over 9,000 plants. Along with the labor benefits the industry supports numerous other industries, including shipping, garbage management, heavy equipment, towing, and generates $32 billion in sales nationwide.

While some countries provide numerous prospects in this business, others miss out on economic rewards such as, contributing to jobs, wages and government tax revenue. China is one of the top four countries with space for growth on the list. Because there is little incentive for vehicle owners to recycle, China’s residents recycle a small percentage of the country’s vehicles. There have been some recent recycling development programs and efforts to raise recycling awareness, but it hasn’t yet made its way into the automotive industry. Startups and larger businesses, domestic and foreign players, conventional recycling players, and new players from other sectors such as technology, marketing, and consumer products all have a place in this industry if they are prepared to innovate and embrace change. More jobs and a higher GDP would be the benefits of recycling vehicle components in China. Because we are moving in an ecologically sensitive direction with electric vehicles, it is projected that the vehicles now on the road in China will need to be recycled, and the infrastructure is not fully equipped for the transition.

The automotive recycling industry is enormous, which benefits everyone because it protects the environment and conserves natural resources. It also opens up lucrative business opportunities and more job opportunities for potential employees! We help the planet and each other by recycling the metals from these vehicles and using them in new vehicles on the road, as well as in various other industries.

How To Make More Profit For My Auto Repair Shop

What Is Holding People Back From Buying Electric Vehicles?