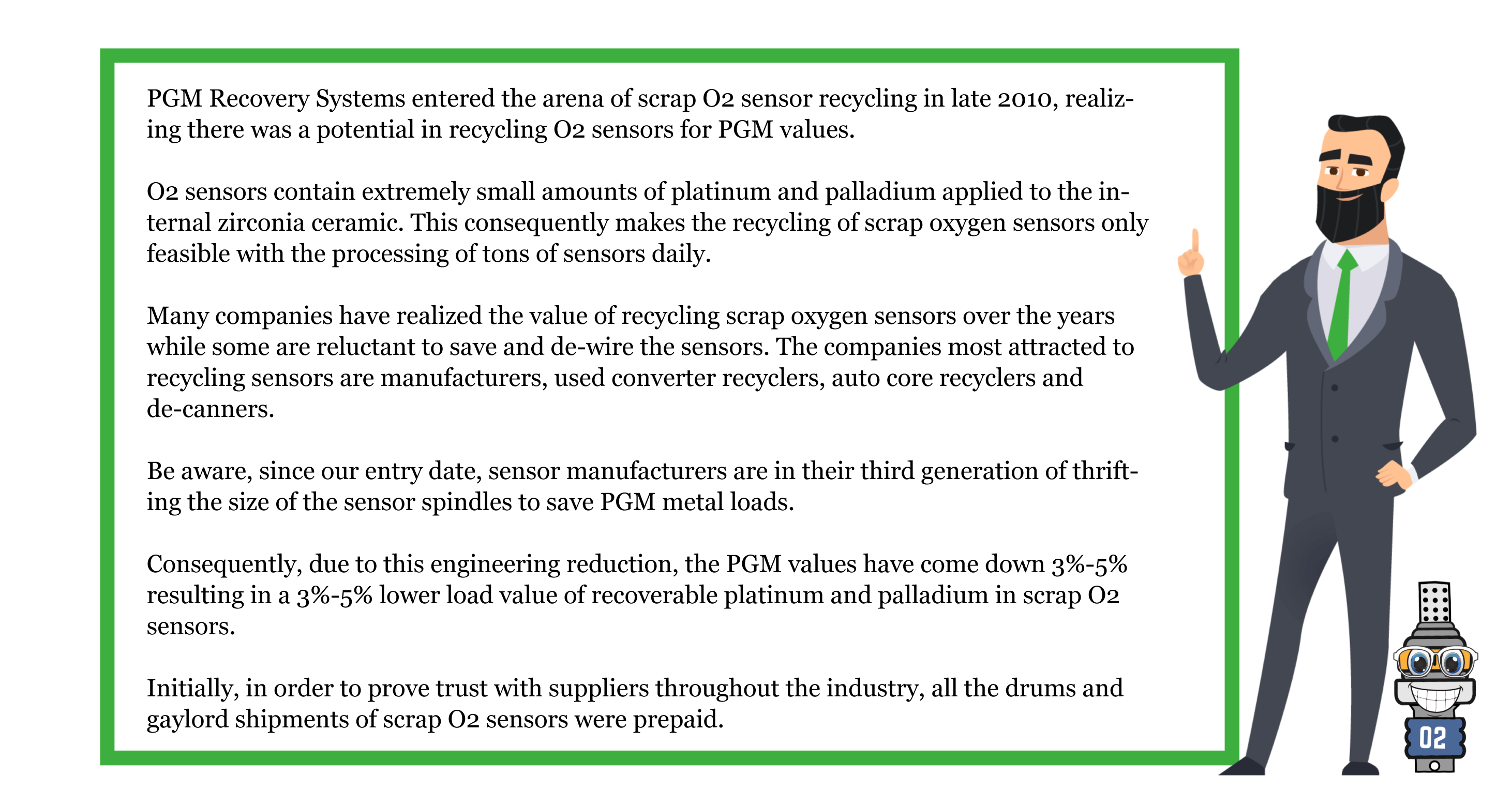 PGM Recovery Systems entered the arena of scrap O2 sensor recycling in late 2010, realizing there was a potential in recycling O2 sensors for PGM values.O2 sensors contain extremely small amounts of platinum and palladium applied to the internal zirconia ceramic. This consequently makes the recycling of scrap oxygen sensors only feasible with the processing of tons of sensors daily.Many companies have realized the value of recycling scrap oxygen sensors over the years while some are reluctant to save and de-wire the sensors. The companies most attracted to recycling sensors are manufacturers, used converter recyclers, auto core recyclers and de-canners.Be aware, since our entry date, sensor manufacturers are in their third generation of thrifting the size of the sensor spindles to save PGM metal loads.Consequently, due to this engineering reduction, the PGM values have come down 3%-5% resulting in a 3%-5% lower load value of recoverable platinum and palladium in scrap O2 sensors.Initially, in order to prove trust with suppliers throughout the industry, all the drums and gaylord shipments of scrap O2 sensors were prepaid.